10 Reasons People Get Divorced - Melvin A. Cook
If you are bored with your spouse and want to end up of your marriage life, contact Salt Lake City divorce attorney Melvin A. Cook. 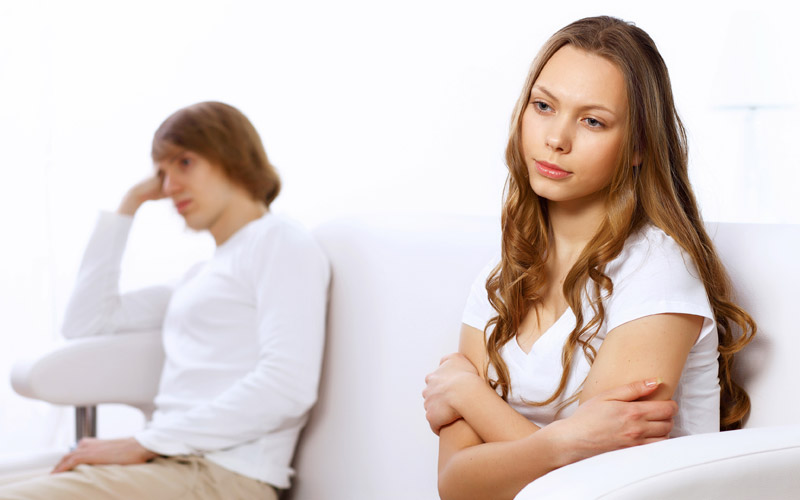 In a nutshell, when people act on the “love at first sight” impulse and get caught up in a rapid romance, they feel as if their love is forever. Many instances like this occur based off of looks, or when two people happen to be in close quarters together for a certain time period (eg, camping or weekend ski trip with friends). While having fun and being totally relaxed, you may have an instant physical attraction to someone. That attraction may blur your judgment and try to pass itself off as love. Then three months down the line you realize you have no clue who the other person is! The honeymoon phase is over…literally and figuratively.

Couples often go through a phase where they barely talk to each other. That is completely normal. However, if not careful, that lack of communication could turn negative and fester resentment, especially if the non-verbal activities occur after an argument. Once it reaches a certain level, there is rarely any going back.

It’s one of the main reasons people hire a divorce attorney – their spouse cheated on them. Cheating is not only intimate physical contact with someone else outside marriage but emotional intimacy as well. Sharing personal details about yourself, be it hopes and dreams; turning to someone outside of your relationship for emotional support and comfort; or even engaging in flirty behavior with another person is considered cheating by most people.

The Spark Is Gone

When you’re in a new relationship, or even when you first get married — before the kids come along — everything is great! That spark is a roaring flame and libidos are going at 100 miles an hour. You can’t keep your hands off each other. But at some point, it dies down. It now ebbs and flows…more ebbing than flowing. You don’t do what you used to keep that person interested. You’ve become too comfortable. But your spouse wants to feel that excitement. This is a big reason people cheat, which ultimately leads to divorce. Any divorce attorney will tell you if you can keep the spark in the bedroom kindled, you have a better chance of a happier marriage.

When you’re with someone, it is important to keep your identity. Many couples get caught up in “us” so much that they forget about the “me” in the relationship. Many times when that happens, they have an identity crisis. They don’t know who they are without the other person. This can cause them to question the relationship and feel as if the other person is “in control” of them. This leads to them pulling away and trying to “find themselves.”

In a marriage, both parties need to contribute equally, be it money or other forms of contribution. If one partner feels as if the other partner is not carrying their load, it can breed contempt. Many marriages have been dissolved over spending habits, lack of finances or mismanagement of the household’s money. It is one of the biggest causes for divorce.

This is pretty self-explanatory. If someone is addicted to a substance, it can hurt or damage any relationship. It’s even worse when it is a marriage. There are other factors to consider like: spending finances on the substance of addiction, erratic behavior, and sometimes abuse. Sometimes there is no other choice but to get a divorce to get yourself out of a toxic environment.

Romance is more than just physical intimacy. Women wanted to feel like princesses, while men want to feel like the hero. However, many times people fall short because they are afraid of being vulnerable in front of the other. Without a certain level of exposure, a marriage can’t last and you end up in front of a divorce attorney.

Sometimes the things that make us different are what attracts us to each other. But in the long run, it can pose issues — sometimes. If two people got married, it may not matter (at first) about their cultural, religious or even economic upbringing. But those differences could turn into real problems if the topic of “how to raise our kids” comes up. Or even what holidays to celebrate. Now, you realize that your differences have gone from interesting to borderline intolerable.

You’re Bored With Your Spouse

After being with someone for so long, it is natural to get bored with the same routine. However, if you don’t want to end up in front of a Salt Lake City divorce attorney, it is best to sit with your spouse to figure out ways to bring back the excitement. Some couples seek to counsel, while others go a little unorthodox and talk about an open relationship. Whatever works for you, it’s worth doing.