Importance of Credibility in SSDI and SSI Disability Cases - Melvin
Salt Lake City SSDI claims and appeals attorney have represented many men and women involved in fights over their disability advantages in Utah.

Importance of Credibility in SSDI and SSI Disability Cases 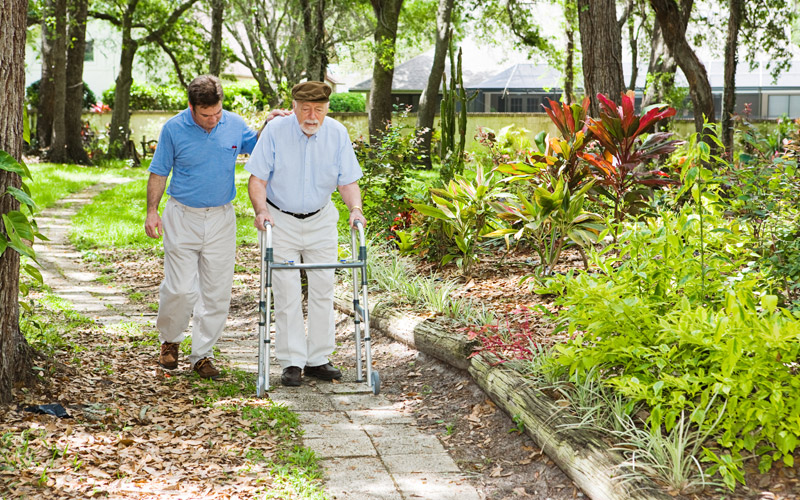 In disability claims evaluation of symptoms often plays a critical role. Symptoms are a person’s own description or perception about how his or her impairment(s) affects their functioning. Symptoms are such things as pain, weakness, shortness of breath, fatigue, and nervousness. Symptoms are of necessity largely subjective, although they can be verified or corroborated by objective evidence such as clinical signs and laboratory findings. Symptoms do not always manifest themselves in the same ways in different individuals with the same or similar impairments.

No symptoms or combination of symptoms alone can the basis for a finding of disability, no matter how genuine the complaints may appear to be. There must be objective medical evidence of an impairment that is likely to produce the symptoms. This ensures there is a sound medical basis for disability decision.

Once a medically determinable impairment that is likely to produce the alleged symptoms has been found, an adjudicator must assess the persistence and intensity of the symptoms in order to determine what effect they have on a person’s ability to do basic work activities. This, in turn, requires an adjudicator to make findings with respect to the person’s credibility regarding his or her allegations of symptoms and their functionally limiting effects.

A person’s statements about the intensity and persistence of their pain or other symptoms cannot be disregarded solely because they are not substantiated by objective medical evidence. Therefore, Social Security has set forth some guidelines for assessing credibility.

The adjudicator cannot simply make a conclusory statement regarding credibility, such as “the allegations have been considered” or “the allegations are (or are not) credible.” Likewise, the adjudicator cannot simply recite the factors set forth in the regulations for evaluating symptoms. The adjudicator must cite specific reasons for his or her credibility finding. The finding cannot be based on intangible or intuitive notions about the person’s credibility but must be grounded in the evidence and articulated with specificity in the decision. The reasons must be reasonably clear to the claimant and to any subsequent reviewer of the decision.

There is a two-step process for evaluating symptoms, such as pain, weakness, nervousness, shortness of breath, fatigue, etc. The first is to determine whether or not the objective medical evidence establishes a medically determinable impairment that is likely to produce the symptoms alleged.

The second step is to determine the intensity, persistence and limiting effects of the symptoms. Where the person’s statements in this regard are not substantiated by objective medical evidence, then the adjudicator must make a finding regarding the credibility based on a consideration of the entire case record. This other evidence could include clinical signs and laboratory findings, opinions of state agency medical consultants, observations of third parties regarding the effects of the person’s symptoms, opinions of treating medical sources, etc.

Adjudicators have a responsibility to fully develop the case record. When they need additional information to assess the credibility of the individual’s statements about symptoms, they must make every reasonable effort to obtain such information. In addition to the objective medical evidence, there are seven factors adjudicators must consider in making a credibility finding:

2) The location, duration, frequency and intensity of the person’s pain or other symptoms,

3) Factors that aggravate or precipitate the symptoms,

4) The type, dosage, effectiveness, and side effects of any medications the individual takes to alleviate the symptoms,

5) Treatment, other than medications, that the individual has received for the relief of symptoms,

6) Any measures other than treatment the individual uses to alleviate symptoms (such as lying flat on his or her back, standing for 15 or 20 minutes every hour, or sleeping on a board, etc.), and

7) Any other factors concerning the individual’s functional limitations or restrictions due to pain or other symptoms.

An adjudicator need not totally accept or totally reject an individual’s statements. They may find some, all or none of the statements to be credible. For example, they may find that the person’s ability to lift and carry are compromised, but not to the degree alleged.

The adjudicator should consider clinical signs and laboratory findings, diagnosis, prognosis and other medical opinions of treating or examining physicians and other evidence in the case record in assessing credibility.

As in any legal matter, consistency is a major factor in credibility determinations. This includes internal consistency of the individual’s prior statements, consistency with the medical signs and laboratory findings, etc. If there are inconsistencies in the record, sometimes there may be a reasonable explanation, such as when symptoms improve or worsen with time or under certain conditions. The adjudicator must therefore carefully review the case record to determine if there are any explanations in the variations of the person’s statements about his or her symptoms over time and in different circumstances.

Although symptoms are subjective and cannot be objectively measured, their effects can often be clinically observed, such as through reduced joint motion, muscle spasm, sensory deficit, and motor disruption. Such findings will tend to lend credibility to the individual’s statements about their symptoms. But allegations concerning intensity and persistence of pain or other symptoms may not be disregarded solely because they are not substantiated by objective medical evidence. The absence of objective medical evidence supporting an individual’s allegations of pain or other symptoms is only one factor that the adjudicator must consider in assessing all of the evidence in context.

Longitudinal medical records are very helpful in understanding the functionally limiting effects of symptoms over time. Symptoms may wax and wane in intensity, but generally persist over a long period of time. A relative snapshot may not be as helpful in understanding the long-term effects of symptoms as a longer medical history. A long record of any treatment and its success of failure, including the side effects of medication, can often be very telling. There may be other impairments, such as potential mental impairments, that could account for the allegations. These may be documented by a longitudinal medical history. Usually records showing regular contact with a treating source over a fairly lengthy period of time are the most illuminating.

Some factors that would tend to lend credibility to an individual’s allegations of pain or other symptoms would be a long history of attempts to seek relief by various treatment modalities, referrals to specialists, or even changing treatment sources in a persistent attempt to seek relief.

On the other hand, some factors that may or may not tend to weaken an individual’s allegations of symptoms are a level of treatment that is inconsistent with the symptoms alleged, failure to follow prescribed treatment, or failure to seek and pursue regular medical treatment.

There is a very big caveat to that last sentence, however. Sometimes there are very valid reasons for irregular medical visits or failure to seek regular treatment. Some of these explanations might be:

The person’s daily activities are structured so as to minimize pain. The individual may be living th the symptoms and only seeking a medical source as needed for periodic evaluations and medical renewals.

The person may not take prescription medications because the side effects are worse than the symptoms.

The person have not be able to afford treatment or have access to low or no cost medical services.

The individual may have been advised by a medical source that there is no further effective treatment that would benefit him or her.

Medical treatment may be contrary to the tenets of the person’s religious beliefs.

Observations of the person must also be considered. However, an adjudicator cannot accept or reject a person’s complaints solely on the basis of his or her own observation, but rather  must consider these personal observations in the context of the entire case record.

In short, credibility is very important in disability cases and care should be taken by claimants to avoid exaggerating or minimizing their symptoms and their functionally limiting effects.  In other words: “just the facts, ma’am”, to paraphrase a hackneyed expression from an old television show.

A very important point is that administrative law judges and the Appeals Council are not bound by the findings of state agency medical consultants. They make an independent determination of their own. They must consider and weigh the findings of state agency medical and psychological consultants as opinions of non-examining sources. But they must make an entirely new and independent decision, or decision de novo. This is a critical step in the process because it is only at the Administrative Law Judge level that the claimant first receives the opportunity to be fully and completely heard in person, which is a very important due process consideration.