Governmental Immunity in a Personal Injury Case - Melvin
Governmental immunity in a particular kind of personal injury case in Utah. Join Mr. MELVIN A. COOK lawyer can better to call at 801-746-5075. 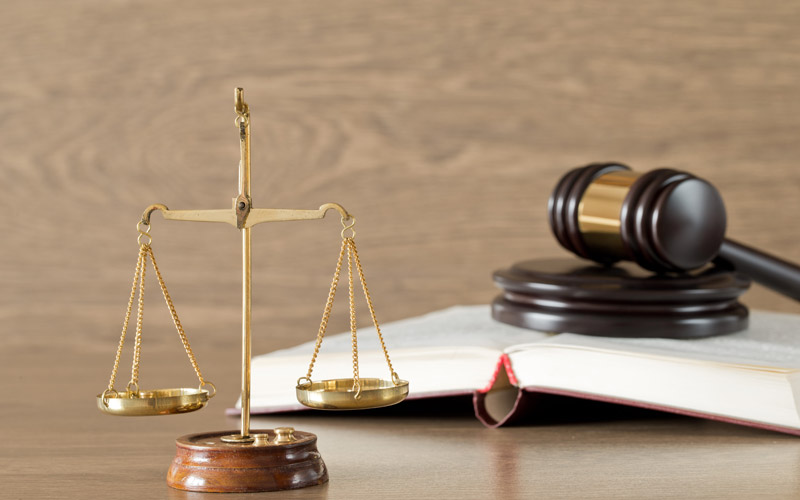 In personal injury matters, the issue of governmental immunity arises where the negligence complained of was caused by a governmental entity.

In June, 2015 Utah’s Supreme Court made an important ruling in the case of Barneck v. UDOT, 2015 UT 50. The case illustrates certain principles of governmental immunity in a particular kind of personal injury case.

The facts of the case involved a brief but intense rainstorm that caused water buildup off of SR-35 in Duchesne County. A culvert under the road became obstructed (although the cause of this obstruction was never ascertained). This obstruction caused water to accumulate on the north side of the road, eventually building up to fifteen feet of standing water. The water began to flow across the surface of the road, spreading debris and alerting the Utah Department of Transportation to engage in cleanup of the road. UDOT workers discovered the obstructed culvert and tried unsuccessfully with a backhoe to unclog it. They removed debris from the road and then left the scene, determining that there was no change in driving conditions and nothing obstructing the road for motorists. A short time later a UDOT worker returned to inspect the site. This worker saw some water flowing on the south side of SR-35, but could not see if the water was flowing from the culvert or leaching through the embankment underneath the road. The worker then left. The standing water sat for several hours, resulting in “hydraulic piping”, a process whereby the water seeped through and undermined the road base. This process eventually caused the road to collapse, leaving a wide chasm twenty feet deep and thirty feet across. There were no signs to warn oncoming traffic of the huge gap in the road. Tragically, the plaintiffs, who were driving on the road at night, careened into the chasm. They brought a negligence and wrongful death suit against UDOT.

The district court dismissed the plaintiffs’ claims on summary judgment, holding that UDOT was entitled to immunity under the Governmental Immunity Act.

On appeal, the Supreme Court was asked to interpret competing provisions of the law – waiver and exception provisions. These provisions waive immunity for “any injury caused by … a defective, unsafe, or dangerous condition of any highway [or] … culvert. Utah Code § 63G-7-301(3)(a)(i). But they also provide an exception to such waiver where “the injury arises out of, in connection with, or results from … the management of flood waters” or the “repair, or operation of [a] flood or storm system[]”. Utah Code §63G-7-301(5)(p), (q).

UDOT took the position that the negligence claimed by plaintiffs involved UDOT’s “management of flood waters” or its “repair[] or operation of [a] flood or storm system [], thus invoking its governmental immunity based on an exception to the waiver of immunity. The plaintiff claimed that their injuries were caused by “a defective, unsafe, or dangerous condition of [a] highway [or] culvert,” and that UDOT’s conduct was therefore government by the waiver provision in the Governmental Immunity Act.

The Court thus needed to interpret the operative waiver and exception provisions, and articulate the governing standard of causation in a case where the plaintiff’s injuries might have arisen both out of conduct covered by the waiver provision (a defective or dangerous culvert), and out of conduct covered by an exception (the management of flood waters or operation of a storm culvert).

The Court interpreted the provision “defective, unsafe, or dangerous condition” to incorporate the term-of-art used in premises liability in tort. In doing so, the Court noted that it had long held that landowners are liable in tort for defective or dangerous conditions on their land causing injuries to invitees. It further noted that the principles of premises liability have long formed an exception to the common law doctrine of sovereign immunity.

Using this as a framework and citing the case of Stephenson v. Warner, 581 P.2d 567, 568 (Utah 1978), the Court held that the government could be found liable for injuries caused by a defective or dangerous condition which the government itself created or of which it was aware, and which it should reasonably foresee would expose others to an unreasonable risk of harm.

The Court adopted a middle position in interpreting the term “management of flood waters.” First, it defined “flood waters” in a way consistent with trespass tort liability, from which the language was borrowed. Using this framework, the Court found that “flood waters” are those that have joined a watercourse and spilled over its banks. It distinguished “flood waters” from “surface water”, which comes from rain, melting snow, springs or seepage that flows or lies on the surface of the earth but does not form part of a watercourse. Thus, the term “flood waters” does not depend upon the rarity of the rainstorm that produced it, as had been suggested by the plaintiffs.

Thus, UDOT retained immunity for its management of waters that had escaped a watercourse and flowed over adjacent property. But to the extent its activities are directed at a defective culvert as the source of the flood waters, it did not have immunity (because of the “dangerous culvert” provision waiving governmental immunity).

The Court turned to its trusty dictionary in making its interpretation, citing Websters Third New International Dictionary 1372 (2002). It found that management of flood waters referred to “executive efforts at planning, organizing, coordinating, or supervising the government’s response to such waters.” This could even include a “studied effort to do nothing.” However, the Court stopped short of adopting UDOT’s arguments wholesale. It found that literally doing nothing at all could not be reasonably construed as “management.”

Finally, the Court interpreted the provision regarding the repair or operation of a flood or storm system. UDOT argued that the culvert at issue was a “storm system.” The Court disagreed, noting that while the culvert could be construed as one part of a storm system, it could not be a storm system in itself. Otherwise, the statutory provisions would make no sense because they would first waive immunity for a defective culvert and then reinstate it for injuries arising out of its operation.

The Court also went on to define “proximate cause” as set forth in the Act, which extends a waiver for injuries “proximately caused” by a governmental entity’s negligence, or caused by a “defective, unsafe, or dangerous condition” of a “culvert.” The exception provisions, however, reinstate immunities for injuries that arise from “a latent defective condition of a culvert”; from the “management of flood waters”; or from the “construction, repair, or operation of flood or storm systems.”

UDOT argued for a broad interpretation of causation with respect to exception provisions, taking the position that any causal connection between the management of flood waters or the operation of a storm system and the plaintiffs’ injuries sufficed to reinstate immunity. The plaintiffs argued that there must be a “sufficient causal nexus” based on the actions taken, the time between the government action and the injury, and the “degree of risk at issue.”

The Court held that the proper standard to apply to reinstatement of governmental immunity was a proximate cause standard. In footnote 20 of its opinion, the Court cited the case of B.R. ex rel. Jeffs v. West, 2012 UT 11, ¶ 28, 275 P.3d 228. This case explained that “proximate cause” requires determining “whether the precise causal mechanism of a plaintiff’s injuries was a foreseeable result” of the defendant’s allegedly negligent actions. Thus, proximate cause is tied closely to the reasonable foreseeability of one’s actions. (After all, Mrs. O’Leary’s Cow cannot be held totally responsible for all of the damages caused by the Great Chicago Fire of 1871).

The Court ultimately found that summary judgment had been inappropriate because there were material issues of fact that needed to be resolved. Thus, the Court remanded the case to the district court.

In making this remand, the Court noted that the culvert contained a “defect” (the obstruction) that created a “substantial risk of injury” (the hydraulic piping and resulting chasm). It seemed to the Court that at least some of the water at issue was “flood water” that had begun running in a watercourse (a roadside gully and the culvert and spilled onto the road). Whether or not the water that had pooled on the north side of the road was “flood water” remained to be seen, as no evidence had been presented on that issue.

The Court found that UDOT had not established that the government activity at issue amounted to the “management” of any flood waters. The claim on summary judgment was rooted in allegations of UDOT’s actions in dealing with the culvert and the water polled next to the embankment (which had not been shown to be “flood water.”). The only water UDOT was alleged to have managed was the water that was still in a watercourse (the gully on the north side of the road).

The Court ruled that UDOT had also failed to meet its burden of proof on summary judgment under the “storm system” exception because the culvert by itself could not have been an entire “storm system” under the meaning of the law.

Apart from the interesting and case-specific issues regarding “flood water(s)”, “defective culvert(s)”, and “management of storm system(s)”, the case illustrates the basic principles of sovereign immunity from lawsuits. Such immunity protects governmental entities from liability. Utah’s Governmental Immunity Act sets forth the circumstances in which such immunity is waived, or in other words, those situations where plaintiffs can sue the government for damages. The Act also sets forth exceptions to the waiver of immunity, or in other words, those situations where immunity is reinstated and the government cannot be sued.

I also found this case notable for its astonishing and somewhat whimsical footnote number one, which cites to J.K. Rowling’s Harry Potter and the Sorcerer’s Stone (1998). I think maybe a brief footnote like this serves as an escape valve to ease the tension in what is otherwise an intense case with high stakes for both parties. It also may serve to remind us that the court justices are regular people that we can all relate to, even though they are entrusted with great legal authority and responsibilities. Or maybe it is some kind of voodoo I don’t know about.

At any rate, I will be interested in following this case as it develops. It is certainly a heart-wrenching one.