More on Alienation of Affections in Utah - Melvin A. Cook
Melvin A Cook is a Salt Lake City child support attorney his goal of preserving and protecting marriage is certainly one that everyone would agree with.

More on Alienation of Affections in Utah 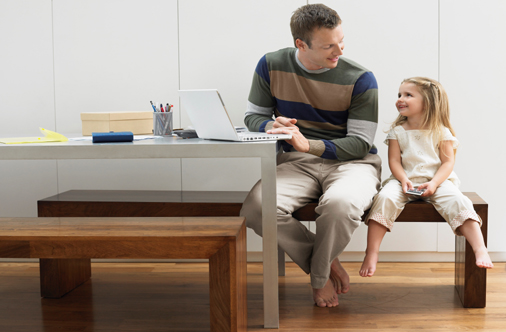 I have posted on the cause of action of alienation of affections in Utah on December 8, 2015. This is a kind of lawsuit in domestic relations law in which a married person sues someone for alienating the affections of his or her spouse. The typical action is brought against a spouse’s paramour, although it may be brought against anyone who alienates a spouse, including in-laws, therapists, other family members, or even ecclesiastical leaders.

The cause of action is obsolete in most states, abolished either by statute or court rule, but it still persists in Utah and a handful of other states.

In the case of Nelson v. Jacobsen, 669 P.2d 1207 (Utah 1983), Utah’s Supreme Court was presented with the opportunity to jettison this interesting cause of action. The fact pattern seemed somewhat conducive for such an opportunity. However, the Court held fast to the principle of protecting the marriage relationship from destructive outside influences.

After some procedural maneuvering in which the defendant’s attorney essentially abandoned his case, the matter was set for trial. The defendant represented himself at the trial and lost the case. Judgment was entered against him in the amount of $84,600; $59,600 for past and future loss of consortium and $25,000 in punitive damages.

In the appeal, the defendant also urged the court to abolish the cause of action of alienation of affections, asserting several reasons for his position.

First, the defendant argued that the cause of action of alienation of affections is based on obsolete assumptions that the wife is one of her husband’s chattels and that he is entitled to her services and companionship as his personal property. The Court acknowledged that this reason may have been part of the historical foundation of the action, but that in its modern context this reasoning no longer applies. The cause of action now extends to both husband and wife equally. The Court opined that the cause of action is not for damage to property but to an interest in the marriage relationship.

Secondly, the defendant argued that there is no evidence that the cause of action achieves its intended purpose of preserving and protecting the marriage. However, the Court took issue with this, finding that the cause of action does not seek to preserve and protect marriage, but rather seeks to compensate an injured party for the loss and injury to the marital relationship.

Third, the defendant contended that threat of an alienation of affections lawsuit could be used as a tool of extortion, and that this presented such a potential problem that a court of another state had referred to the cause of action as “legalized blackmail.” The Court was not persuaded by this line of argument, reasoning that if a plaintiff were motivated by sordid motives such as greed, revenge, or a desire to humiliate others, that the plaintiff would be dissuaded by the knowledge that his or her own foibles and shortcomings would be made public in the action. At any rate, the Court found that the fact that some plaintiffs might be motivated by less than noble intentions was no reason to close the courthouse doors to deserving litigants. The Court expressed its confidence that procedural safeguards and judicial discretion were sufficient tools to prevent abuse of the cause of action.

Fourth, the defendant argued that the cause of action was an undue invasion of a defendant’s privacy. However, the Court found this argument misplaced because, as between two private individuals, the defendant’s claim to privacy was no greater that the plaintiff’s. Moreover, there was no intrusive government action, such as existed in the U.S. Supreme Court cases of Griswold v. Connecticut, 381 U.S. 479, 85 S. Ct. 1678 (1965), or Eisenstadt v. Baird, 405 U.S. 438, 92 S. Ct. 1029 (1972).

Fifth, the defendant urged the Court to abolish the cause of action because it is difficult to determine the intangible injuries involved. However, the Court noted the law’s willingness to have juries and judges assign monetary values to psychic and emotional harm. Moreover, the Court found that it would be unjust to deny a cause of action simply because it is difficult to ascertain the value of the injury in monetary terms.

The defendant’s final argument was that the only marriages that are vulnerable to nefarious outside influences are those that are already in trouble from other causes. The Court found this to be the defendant’s subtlest and most persuasive argument. Yet the Court, while acknowledging the relative strength of this argument, found that it would be unjust to abolish the cause of action based on the difficulties of determining causation.

Interestingly, the Utah Supreme Court was again presented with the opportunity to abolish he cause of action eight years later in the case of Norton v. McFarlane, 818 P.2d 8 (1991). In that case the married couple had three children. The husband Norton sued his wife’s paramour, who he claimed had used improper and undue influence over her as her physician and induced her to leave her family.

The defendant urged the Court to abolish the cause of action of alienation of affections, urging that it was inconsistent with the Court’s ruling in the 1987 case of Hackford v. Utah Power and Light Co., 240 P.2d 1281 (Utah 1987), and the Legislature’s adoption in 1987 of the irreconcilable differences ground for divorce.

The Court found that few people would challenge the proposition that a sound marriage is intrinsically deserving of protection from outside assaults. The Court reasoned that the tort of alienation of affections protects the marriage relationship from a variety of assaults by third persons, whether or not extramarital sexual affairs are involved. The Court stated that “the gist of the tort is the protection of the love, society, companionship, and comfort that form the foundation of a marriage and give rise to the unique bonding that occurs in a successful marriage.”

Likewise, the Court was not persuaded by the argument that the tort should be abolished simply because other jurisdictions were trending in that direction. The Court quoted from the American Law Institute’s Restatement (Second) of Torts as follows:

The Court conceded a number of jurisprudential problems with the tort of alienation of affections, but noted that such problems are not unique to that particular cause of action. One difficulty is the lack of an objective basis to determine the proper amount of monetary damages for the emotional aspects of consortium. But the Court noted that while it is impossible to fit such losses into a precise mathematical formula, this is not a strong reason to abolish the tort altogether.

The Court also conceded the difficulty of determining the existence and strength of the various causative factors that weaken or destroy the marital relationship. The difficulty lies in determining whether the conduct of the third party is the controlling cause of the loss of consortium. However, the Court held that a plaintiff must prove by clear and convincing evidence that it was the conduct of the defendant that constituted a controlling cause of the injury to the spouse’s consortium interest.

This opinion is also noteworthy for a lengthy and learned dissent by Justice Durham, arguing that the cause of action should be abolished because it rests on outmoded assumptions.

It is certainly an interesting topic to consider. According to Wikipedia, Utah is one of only six states that still retains the cause of action. The goal of preserving and protecting marriage is certainly one that everyone would agree with.

Interestingly, the two cases mentioned above seem to have somewhat contradictory language regarding whether or not that is the purpose of the tort. The Nelson case seems to say that the cause of action does not seek directly to preserve and protect the marriage, but rather to compensate an injured party from the loss of the marital relationship. But this may be legal hairsplitting. The Norton case seems to acknowledge that the purpose of the tort is indeed to protect and preserve the marriage. This is universally agreed upon as a worthy goal. Does the cause of action serve that purpose in practice? I will leave that for the reader to decide.