Commentary on Social Security's Annual Trustee’s Report for 2015 - Melvin
Contact Melvin A. Cook for getting social security disability claims and schedule a free consultation to discuss your case. Contact for free consultation. 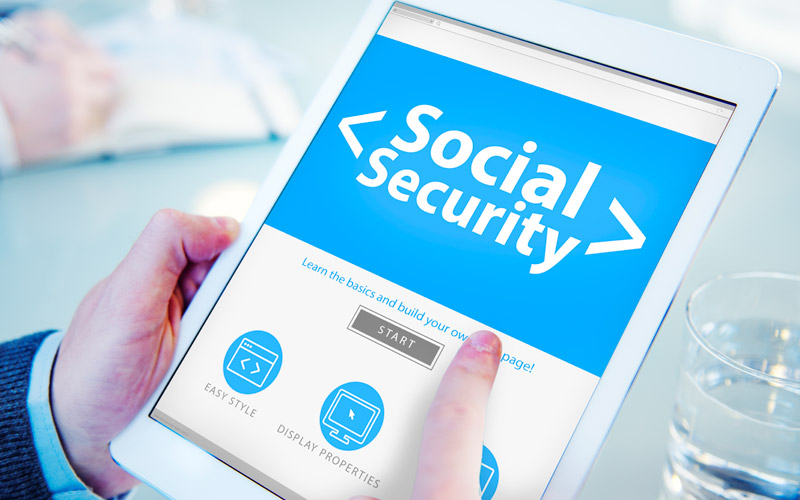 Each year the Social Security Administration issues a Trustee’s Report regarding the current and projected financial status of its disability, retirement, and survivor’s insurance programs.

This year’s report again highlights the financial insolvency issues that have beset the program for the past several years. Simply put, the combined expenditures from the Disability, Old Age and Survivor’s insurance programs have exceeded non-interest income for fiscal year 2014, as they have every year since 2010. The Trustees also project that this trend will continue for the entire 75-year projection period.

Interest income is projected to exceed annual cash deficits until the year 2019, at which point Social Security will begin to redeem its trust fund reserves to the extent that program cost exceeds tax revenues and interest earnings until 2034, when trust fund reserves will be depleted.

Projected growth in the costs of the unified programs are projected to exceed projected GDP growth into the mid- 2030’s because of demographic dynamics, including an aging population and the retirement of the very large baby boomer generation.

Of particular concern to many of my clients who are disabled, the disability insurance (DI) trust fund faces the  most immediate and pressing financial difficulties. DI costs have exceeded non-interest income since the year 2005. The trustees report expresses the urgency for lawmakers to act quickly to shore up the DI trust fund in order to avoid automatic benefit cuts for disability beneficiaries beginning at the end of 2016.

In addition, many of my disabled clients rely on Medicare and/or Medicaid for their ongoing health care needs. The Medicare Hospital Insurance (HI) Trust fund is projected to be depleted in 2030. Part B of the Supplementary Medical Insurance (SMI) which pays doctor’s bills and other outpatient expenses, and part D of SMI which pays for prescription drug coverage, are expected to be adequately financed into the indefinite future because they are funded by general revenues and patient premiums. However, their costs are expected to generally increase.

All of this is a cause for concern to be sure, but not necessarily a cause for extreme anxiety, as I will attempt to explain in this post.

An article by a contributor named James Hopkins in Forbes Magazine from July 26th, 2015 points out that, while Social Security has been facing serious fiscal and funding issues since 2010, it is a program that is here to stay.

Initially enacted as a social welfare program during FDR’s presidency as part of the New Deal, Social Security has over the years come to be regarded as an integral part of a social contract in which the country takes care of its vulnerable citizens, including the elderly and disabled. As just one illustration of the perceived necessity of continuing the programs, the article mentions that nearly one-third of all retirees receive almost all of their retirement income from the Social Security program.

The article points out further that, if Social Security were eliminated, private retirement savings would need to greatly increase at earlier ages among the younger population in order to ensure the aged are taken care of in the future.

The article opines that in order to maintain the fiscal integrity of the program, either increased taxes or a reduction of benefits, or some combination of the two would be necessary. But the author takes the position that these kinds of reforms are preferable to drastic measures such as elimination of the programs, which would likely cause widespread suffering.

I do not necessarily agree with the author about the need for increased taxes, particularly when it seems there is so much wasteful spending in the federal budget. It would seem that prioritizing important programs and scaling back or reducing other programs of lesser urgency should be looked at carefully before tax increases are considered. I also tend to lean towards the belief expressed by former President John F. Kennedy and others that “a rising tide lifts all boats”, meaning that widespread prosperity and economic growth are the best remedy for the country’s financial problems as a whole, including those of the federal fisc. More private sector investment equals more jobs equals more widespread wealth for the great American middle class equals more money flowing into the federal treasury, or so the theory goes.

Though I tend to disagree with the remedy espoused in the article, I would wholeheartedly agree with the overarching point that Social Security is a program that is here to stay, although there may certainly be changes in the foreseeable future. Abandoning the program would be too great a breach of the social contract described in the article. And I daresay there is a widespread perception that payroll taxes withheld from each worker’s wages are set aside for that particular worker’s own retirement. This is, of course, an incorrect perception, as current payroll taxes are used to pay current beneficiaries. But I would also daresay that most people would be terribly disappointed if they were to find that, after having contributed payroll taxes for their entire careers, that they were entitled to nothing in return.

I do recognize as well, however, that according to the Trustees report, Social Security and Medicare accounted for 42% of federal expenditures in fiscal year 2014. In other words, the vast bulk of federal spending is for so-called entitlement programs and defense spending. So there are not necessarily a lot of other areas that can be tweaked in order to gain additional revenues.

I think one of the most important points made in the Forbes article is that at no point does the Trustees Report project that all benefits will be lost. Once the disability trust fund is depleted (as early as next year, unless a reallocation is made — see my post from March 5th, 2015) benefits would still be paid at the rate of 81% of promised benefits from ongoing tax revenues. Once the retirement trust fund is depleted in the mid-2030’s, benefits will still be paid at the rate of about 77% from ongoing tax revenues.

The solid takeaway from the Forbes article, as I see it, is that people can make poor decisions if they engage in too much hand-wringing panic, and mistakenly believe the program will be unable to pay any benefits at some point in the foreseeable future.  Probably the biggest mistake would be to elect early retirement benefits (at a permanently lower monthly benefit payment) that one would not otherwise elect, under the mistaken assumption that if benefits are not elected early there will be no benefits at all left to pay.

The solid takeaway from the Trustee’s report, as I see it, is that legislators need to begin considering entitlement reforms sooner rather than later in order to ensure the fiscal integrity of programs that are here to stay. This means doing the hard work of — dare I suggest — setting aside partisanship politics for a brief season and reaching across the aisle to find common ground for reforming programs that the elderly and other vulnerable citizens have come to rely upon as part of a social compact.