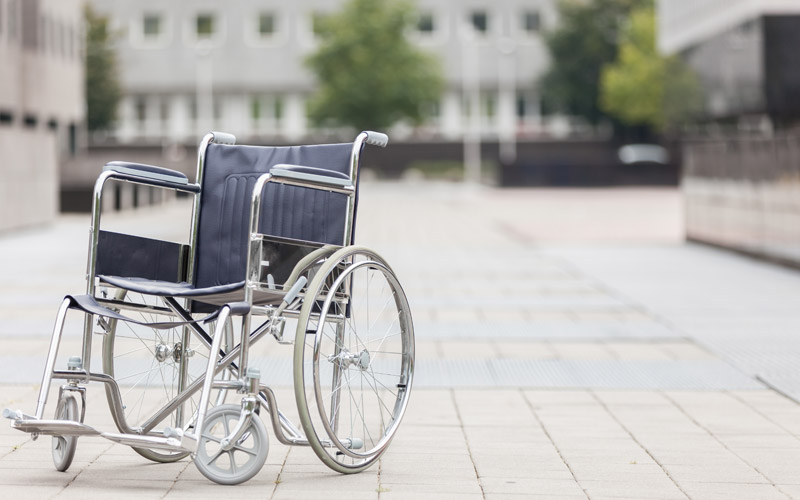 The definition of disability is the inability to engage in competitive employment by reason of a medically determinable impairment that is expected to end in death or has lasted or is expected to last for at least twelve consecutive months.

A medical impairment is an anatomical, physiological, or psychological abnormality that can be shown by signs, symptoms, and medically acceptable clinical and laboratory findings. A person’s complaints of symptoms alone, no matter how many there are and how genuine they may appear to be, can never be the basis for establishing a medically determinable impairment.. Thus, in the absence of medical signs and laboratory findings, a disability claim must be denied at step two of Social Security five-step sequential disability process, for failure to show a medically determinable severe impairment. See 20 CFR 404.1520 and 416.929. The five-step sequential analysis is described at 20 C.F.R. 404.1520 and 416.920 (or, for an individual under age 18 claiming disability benefits under Title XVI, 416.924..

However, once an impairment(s) is established, the symptoms that are reasonably related to that impairment(s) must be evaluated in order to determine their functionally limiting effects. This includes an evaluation of the objective abnormalities and the allegations about the intensity and persistence of the symptoms, along with all of the other evidence in the file.

Symptoms are the physical and psychological manifestations of an impairment, such as: pain, weakness, fatigue, nervousness, shortness of breath, or difficulty concentrating.

The limitations caused by such symptoms can be broadly categorized as either exertional, nonexertional, or a combination of the two. A person’s impairment(s) and symptoms may cause limitations of function or restrictions that limit a person’s ability to meet certain demands of jobs. See 20 CFR 404.1569a and 416.969a.

Symptoms themselves are not inherently exertional or nonexertional. Rather, it is the functional effects of these symptoms that determines whether there are exertional and/or non-exertional limitations.

The nature of a person’s limitations, whether solely exertional or non-exertional or a combination of both, determines whether Social Security’s Medical/Vocational Guidelines direct a decision, or serve as a framework for decision making. These Guidelines, also known colloquially as the “Grids”, are set out in appendix 2 of Subpart P of Regulations No. 4 in Social Security’s regulations.

A person’s limitations determine their residual functional capacity (RFC). This is defined as a person’s maximum capacity to do work-like activities, despite their impairments. A claimant’s RFC is an administrative assessment by an agency adjudicator. The concept of RFC really lies at the heart of adjudicating a disability case.