Netting of Underpayments and Overpayments in Social Security 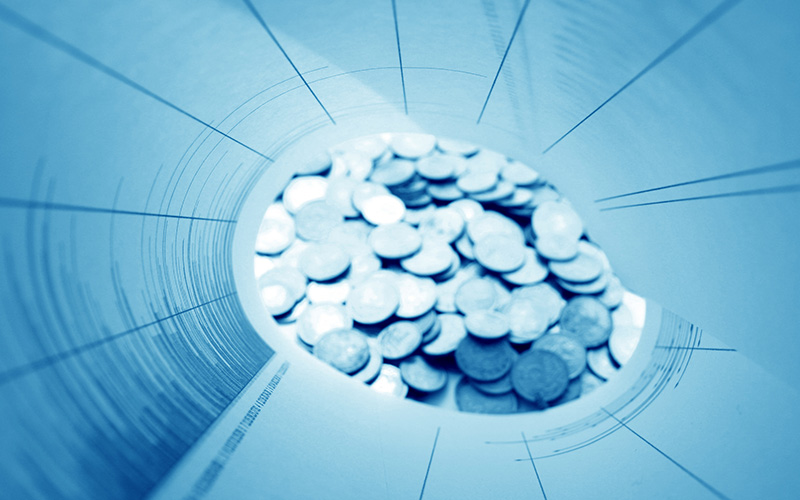 Social Security regulations provide that underpayments and overpayments of benefits to a social security beneficiary may be netted (or applied to offset each other) for the time period beginning with the first month in which an incorrect payment was made and ending in the month in which an initial determination was made by the agency that there had been an overpayment or underpayment.

Recipients of disability, SSI, retirement, and survivor’s benefits brought a lawsuit challenging the netting regulations on the grounds that they were contrary to the Social Security Act and deprived the beneficiaries of due process.

The U.S. Supreme Court upheld the netting regulations in the case of Sullivan v. Everhart, 494 U.S. 83 (1990) holding that they were not arbitrary or capricious.

The Court gave two examples to illustrate how the netting regulations work.

The plaintiffs argued that Social Security’s netting regulations were facially invalid because they were: 1) contrary to the Social Security Act; and 2) they violated the beneficiaries’ rights to procedural due process.

The plaintiffs argued that the regulations speak of determining “correct amounts” of benefits only on a monthly basis, and that therefore, each monthly underpayment and overpayment must be treated separately. However, the Court found that a more expansive reading of the statute, as urged by the agency, was rational and permissible. The fuller context of the statute did not prohibit the agency from determining underpayments and/or overpayments over a greater period of time than a monthly basis.

The Plaintiffs also urged an interpretation of the statute in which the term “adjustment” of future benefits precluded setting off (or netting) underpayments and overpayments without the benefit of a waiver hearing.

The Plaintiffs’ final contention was that the time period for applying the “netting” (or setoff of overpayments and underpayments) was arbitrary and capricious, and allowed for manipulation by the agency. The time period, as described above, was the period of time in beginning with the first erroneous payment (either underpayment or overpayment) up through the time the agency makes an “initial determination” of the error. This Court noted that this initial determination will not be simultaneous with the agency’s first discovery that something is amiss; that there will of necessity be some delay in making the determination, because such decisions should not be made “spur-of-the-moment.” The Plaintiffs contended that this delay was fatal to the validity of the agency’s regulations.

The Court found that the Plaintiffs’ concern about the agency manipulating the time period was not valid if the regulations were applied in good faith, which the Court had to assume would be the case. The Court further noted that deliberately prolonging the netting period was just as likely to draw in future overpayments as future underpayments, and that the agency could not seek collection of these overpayments until an initial determination was made. The Court acknowledged that it was conceivable the agency could make sure that any delay worked to the government’s advantage by underpaying the beneficiary while delaying the netting period, but that such an action was a violation of the statute. Thus, the Court could not presume such a violation would occur in a facial challenge to the netting regulations.

To recap, this Social Security ruling, based on a Supreme Court decision, allows social security to net underpayments against overpayments (or in other words, offset erroneous payments against each other) beginning from the first month in which an error was made and ending in the month the agency makes an “initial determination” that there had been erroneous payments. If, after the netting process has occurred, there is still an overpayment, the agency will seek recoupment from the beneficiary. However, the beneficiary will be entitled to a waiver hearing in order to show reasons (such as hardship) why the overpayment should be waived.