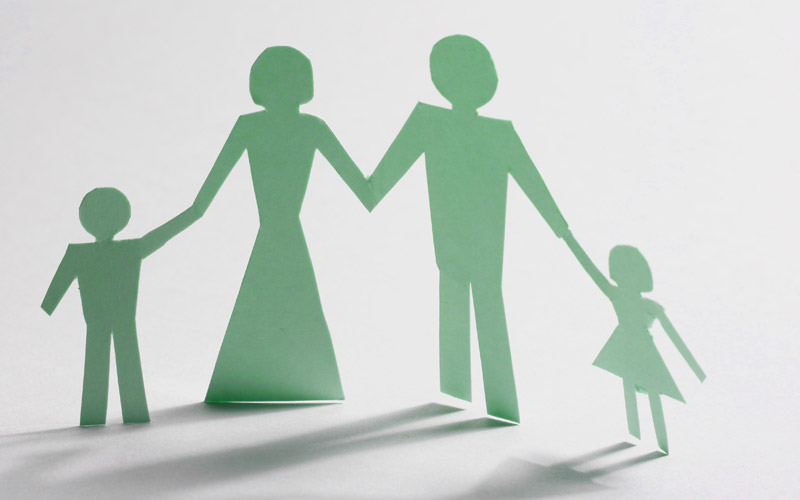 When the Patient Protection and Affordable Care Act, popularly known as Obamacare, was being debated in Congress, one legislator famously (or infamously) commented that the bill would need to be passed in order for people to find out what was in it.

Now that the mysterious bill has become law, it is a little easier to try and unravel what it is all about. It affects everyone and may be of particular interest to some of my clients who find themselves severely ill and unable to afford proper medical treatment. It turns out in practice that the law is not necessarily a panacea, or cure-all, for the underprivileged or disabled.

In the interest of full disclosure, I am not a fan of socialized medicine, primarily because I believe it makes promises it cannot deliver, tends to stifle innovation, may end up in health care rationing, and thus can actually end up hurting people it purports to help. Having said that, I have tried to understand the new healthcare law as best I can, without putting myself through the ordeal of actually reading its nearly one thousand pages. I will leave it to the reader to decide for himself or herself whether or not it constitutes socialized medicine and whether or not it will ultimately help the disadvantaged.

The recent U.S. Supreme Court decision in the case of King v. Burwell, 576 U.S. ___ (2015) decided in June, is instructive and gives a nice outline of the purposes and history of the law.

In that case the Petitioners were residents of the state of Virginia who did not wish to purchase health insurance. The Act requires everyone to maintain health insurance or pay a penalty to the IRS, unless the cost of buying health insurance would exceed eight percent of that person’s income. This provision of the Act is known as the individual mandate.

The constitutionality of the individual mandate had been tested earlier in the case of National Federation of Business, et al. v. Sibelius, 567 U.S. —- , 132 S. Ct. 2566. In that case, the argument was made that Congress had exceeded its enumerated powers under the Commerce Clause by coercing individuals to purchase a particular product regardless of whether they wanted it or not. The Court found that the individual mandate was a valid exercise of Congress’ taxing power, characterizing the penalty for failure to purchase health insurance as a “tax.”

Utah does not currently participate in the Medicaid expansion, and thus has refused the additional Medicaid funds. There are likely many reasons for this. I surmise these reasons involve a philosophical belief in limited federal government and a reluctance to move towards a full-blown, single-payer health care system.

Chief Justice Roberts delivered the opinion of the Court. He briefly summarized the history behind the Act. In the 1990’s various states had experimented unsuccessfully with health care reform, with the goal of expanding access to health insurance. These states had enacted a pair of market regulations known as a “guaranteed issue” requirement and a “community rating” requirement.

The result of these reforms was somewhat predictable to those who have taken a college level economics course of the non-Marxist variety. People waited until they became sick to buy health insurance. After all, why buy it when you are healthy and do not need it if you can wait until you are sick and still qualify to buy it?

This predictable human behavior led to a so-called “death spiral” in these states, in which the number of insured went down, premiums rose, and in many cases insurers left the markets entirely.

The state of Massachusetts, during the tenure of Governor Mitt Romney, discovered a way to avoid this death spiral, while still keeping the guaranteed issue and community rating requirements.

This was accomplished by implementing a requirement for everyone to purchase health insurance (the individual mandate) and at the same time allow targeted tax credits to make it more affordable. In this way Massachusetts was able to drastically reduce its number of uninsured.

The federal Act is based on the same principles as so-called Romneycare, with the three pillars of: 1) market regulations, 2) an individual mandate, and 3) tax credits.

Incidentally, it was defensible in my opinion for Mitt Romney during his presidential candidacy to oppose federalization of his health care reforms based on the principle of federalism, wherein all powers not specifically granted to the federal government are reserved to the states, respectively, or to the people. See 10th Amendment to U.S. Constitution. After all, what works in one state may not work in another. One-size-fits-all solutions do not necessarily account for the different circumstances and preferences of individual states and locales.

Having said that, I do not offer any opinion on the wisdom of Romneycare. I will simply comment that just because a type of health care is named after a person does not necessarily mean it will be personal care.

At any rate, getting back to the Affordable Care Act. The Act requires the establishment of a health insurance “exchange” in each state. The exchange is basically a marketplace that allows people to compare and buy health insurance plans. The states are free to create their own exchanges. However, if they elect not to do so, the federal government will establish an exchange for people in that state to use.

The reader may remember the computer glitches that plagued the federal exchange system when it was first rolled out in 2013.

The plain language of the Act makes tax credits available only to taxpayers who purchase health insurance on a state-established exchange. However, the IRS interpreted this provision to allow tax credits even for taxpayers residing in states that have not established an exchange.

The Supreme Court also held that tax credits are available to individuals residing in states that rely on a federal exchange. In making this ruling, the Court did not defer to the IRS’s interpretation, because as a taxing agency it has no expertise in crafting health insurance policy. Rather, the Court reasoned that the tax credits were a central aspect of the Act’s key reforms and that if Congress had intended to assign the question of their availability to an agency such as the IRS, it would have done so explicitly.

The Court recognized the strength of the Petitioner’s plain language argument and that the Court must enforce a statute according to its terms if the language is plain and unambiguous.

However, the Court found that in the context and structure of the statutory scheme as a whole, the language was ambiguous. The Court found that disallowing tax credits to taxpayers in a states that have not established their own exchanges would likely lead to the kind of death spirals the Act intended to avoid.

The Court, after having determined that the language of the Act was ambiguous, then proceeded to rely on language from the case of Whitman v. American Trucking Assns., Inc., 531 U.S. 457 pp. 19-20, to hold that Congress “does not alter the fundamental details of a regulatory scheme in vague terms or ancillary provisions.”

Thus, what appeared to be a straightforward and unambiguous provision of the Act allowing tax credits only to individuals residing in states that had established an exchange, was found to be vague and ambiguous, and thus subject to being interpreted in a different way by the Court.

Justice Scalia wrote a scathing dissent, in which he was joined by Justices Alito and Thomas. He stated  that the Act should more appropriately be termed SCOTUS Care, as in his opinion the Court had intervened unjustly more than once in an attempt to rewrite the Act to save it from constitutional and other deficiencies.

He reasoned that there was no justification for rewriting language he found to be plain on its face. In his trademark colorful language, he accused the majority of engaging in interpretive “jiggery-pokery.” (This has to be one of the coolest words flowing from the pen of Justice Scalia since he used the word “argle-bargle” in another case).

He pointed out that there may have been valid reasons for Congress to limit tax credits to persons residing in states that create their own exchanges. One of these reasons might be encouraging states to participate fully in implementing the law. If so, this purpose was frustrated when the IRS interpreted the Act to give credits to taxpayers in any state, regardless of whether or not that state had established an exchange.

But even assuming the plain language was a mere oddity, or even a fatal flaw in the legislative scheme, Justice Scalia did not find any reason for the Court to step in and rewrite it in a fashion that the Court believed to be wiser than the law’s plain language.

While I respect Justice Scalia and often agree with him, I wonder if in this particular case the law simply had a typo or clerical error. I do not necessarily believe that Justice Roberts was trying to rewrite the law in order to save it. But I digress.

It still remains to be seen what the far-reaching effects of the law will be. I have previously posted (on June 19, 2015) on the interaction of the Supreme Court’s recent family law rulings and the bedrock principles of religious liberty. The health care Act also impacts religious liberty, especially with respect to its controversial mandate regarding provision of contraceptives, for which there is an exemption process for religious groups.

In the landmark religious liberty case of Burwell v. Hobby Lobby Stores, Inc., 573 U.S. —, 134 S. Ct. 2751, the Supreme Court held that as applied to closely held for-profit organizations, the Health and Human Services mandate guaranteeing cost free access to certain types of contraception violates the free exercise of religion under the Religious Freedom Restoration Act. The Court assumed that ensuring such access could be a compelling state interest but that the mandate was not the least restrictive means of doing so. Thus, closely held for-profit organizations can now join religious non-profit organizations in exemption from the contraceptive mandate. Kudos to the Supremes for this excellent ruling.

However, petitioners in another recent case argued that the exemption does not go far enough. In July, the 10th Circuit Court in Denver ruled against the Catholic religious institute Little Sisters of the Poor (an order of nuns established to provide nursing home care for the impoverished elderly) in a case in which that organization claimed the accommodation allowing them to farm out the provision of contraception coverage to third party contractors does not go far enough in protecting their religious freedom because it still forces them to have a hand in doing something they find religiously objectionable. The 10th Circuit Court found that the accommodation scheme does not substantially burden the nuns’ religious beliefs. It will be interesting to see if the Supreme Court grants certiorari for an appeal in that case.

It would be impossible to list all the potential ramifications of the Act. For my disabled clients’ sake, I sincerely hope good will result from it in terms of greater access to less expensive healthcare. For society’s sake, I hope that great care will be always taken to ensure complete protection of sincerely held religious beliefs.