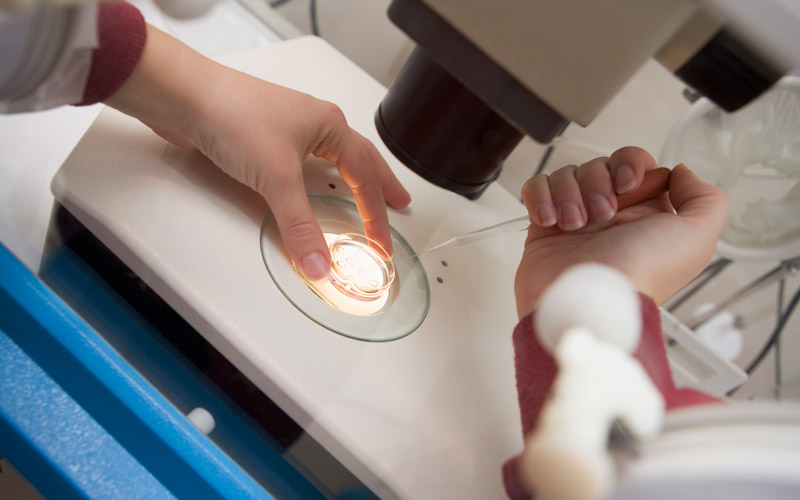 From The Missouri Times:

Jasha McQueen created four embryos with her then-husband through in vitro fertilization (IVF) in 2007. Two of those embryos became her twin sons, but the other two have become the subject of a lengthy and grueling court battle when McQueen and her husband started divorce proceedings in 2010. McQueen claimed possession of those embryos when they were created.

When she did not receive them, she began a fight for custody.

The legal framework that would make that possible is thanks to a bill sponsored by Rep. John McCaherty, R-High Ridge, that would recognize human embryos as human life, meaning in cases of divorce, they would be divided as children are in custody battles instead of as possessions are divided. The judge in these proceedings would also have to rule in favor of the best interests for the embryo to come to term.

“In essence, what the judicial system is doing… they have no clear direction what to do with frozen human embryos so they are treating them as property,” McCaherty said during testimony. “This bill gives some direction to the courts. Either parent could pay fees to allow them to be frozen in perpetuity. I don’t believe it is in the best interest of the state to be making decisions on the issue of life when there is a parent that wants to raise a child.”

McQueen also testified, saying that her relationship to her embryos was already personal.

“These are two of my babies that I would like to give them the opportunity to be born,” she said. “It is a compassionate bill that looks at the people going through this process that is incredibly grueling.

“We are terminating this person’s embryo over their objections. That should not happen. There are people… that are grieving parents at the hands of a judge. I feel like the judge and the state of Missouri are killing my babies.”

While opposition to the resolution seemed to sympathize with McQueen’s plight to an extent, they had deep concerns about the way in which this bill would enable her to obtain those embryos.

Carla Holste, a family law practitioner with the Carson and Coil law firm, noted that redefining embryos as life under law could have disastrous unforeseen consequences for the IVF industry.